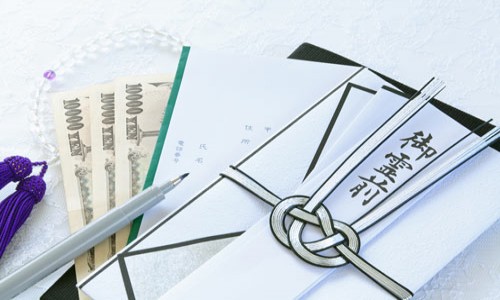 What are the benefits available after the funeral?

It is said that the three major expenditures in life are "housing funds," "education funds," and "old age funds."

Certainly, considering the nature of each money, it is understandable that they are called the three major expenditures. Housing funds are the funds for acquiring your own home. To buy a house, you need a lot of money, whether it's new or used. Many people use a mortgage to fund and repay it over the years. Considering the total amount of repayment, it is a considerable amount and is often the largest expenditure in life.

Education funding is also a big expense. There is a famous story that the cost of one child to graduate from university exceeds 10 million yen. It is said that 20 million yen is required for retirement funds just to live, and it is even more necessary when the costs of long-term care and hospitals are combined. It is said that the total amount of money that human beings can earn from birth to death is about 200 million yen, working all day on two days a week until retirement age. Perhaps the cost of a person's life and death is equal to the amount of money a person can earn in a lifetime.

However, the big spending in life is not limited to the three big spending. If you need a car, it's a big purchase, whether used or new. Sudden hospitalization is a big expense. Financial institutions offer bridal loans because even marriage funds are a big expense. Is there anything else you associate with what is said to be a big expense?

Yes, it's a funeral. Funerals are the leading expense. Although not included in the three major expenditures, it is generally said that funerals must be expected to cost hundreds of thousands to millions of yen. Even if you have a deposit, it is not an amount that you can pop out.

How Much Does a Funeral Cost? Guideline

According to a survey by the Japan Consumers Association, the estimated cost of a funeral was 1.96 million yen. The breakdown was about 1.21 million yen for funeral venues and tools, about 470,000 yen for donations to temples, and about 300,000 yen for food and drink entertainment. The total of these amounts is about 1.9 million yen or more. How is it? You may get the impression that you will need a lot of money.

Considering the standard of funeral expenses, it is certainly lower than education expenses and retirement funds. The standard education cost is 10 million yen and the minimum retirement cost line is 20 million yen, so the amount will be different by an order of magnitude. However, it is important to consider here that retirement costs are the total cost of living and other expenses required after retirement, and education costs are the total cost of getting to university. In other words, it is the money that will be needed over a long period of more than 10 years.

But what about funeral expenses? It takes a few days to a week at the longest until the family dies and the funeral is held. If the time is right, it can be completed in a day. Considering that 1.96 million yen will be required from one day to one week, it can be said that it is a considerable expense.

If you can get this amount out of your deposit, you may not need to worry about money. However, because it is a difficult amount to start suddenly, it may be necessary to always be aware of what to do with funeral expenses.

One day, it suddenly comes over 1 million yen. Even if you save steadily every month, if you save 10,000 yen each month, it will take 196 months until the estimated amount of funeral expenses is accumulated. A simple calculation will take about 16 years. Moreover, the estimated amount of 1.96 million yen is the amount required for the funeral of one family member. If your parents are alive, you have to think about the two parents. At the same time, it is important to deepen your knowledge of funeral money.

Benefits you want to help with funeral funds

Since it is difficult to save the standard amount required for the funeral even if you save it, be sure to keep the benefits that can be used. The forehead isn't that big, but it should help you during the funeral.

That is why funeral expenses are not based on the legacy of the deceased, but on the basis of "preparing enough money to pay in advance" and "working on the side of the funeral, such as the mourner." Because the basics are the basics, we want to receive benefits with a firm grasp of the conditions.

Does the benefit differ depending on the insurance you have?

When you hold a funeral, you can receive benefits depending on your insurance coverage. The name, procedure, and amount of benefits depend on whether you have National Health Insurance, a mutual aid system that only people with specific jobs can join, or the insurance associations of each company. Will be different.

The amount of benefits you care about, but this also depends on the insurance you have. Generally, the amount of mutual aid that only people of a specific occupation can join is high. In the case of the National Health Insurance, which many people take out, the benefit amount is about 30,000 to 70,000 yen, although it varies depending on the local government. In the case of company health insurance, it seems that the upper limit is about 50,000 yen.

The amount of benefits is generally small. However, unlike the inheritance procedure, in most cases there is almost no need for difficult documents. The mourner's passbook and seal are mainly required for the procedure. It is a procedure that can be done together with the preparation for the funeral. If you can afford it, it's a good idea to submit it at the same time as the notification required for the funeral so that you can receive the benefits early.

Also, let's not only think about the cost of money, but also know about benefits. The amount and procedure of benefits vary depending on which health insurance you have. It is convenient to check the procedure in advance rather than checking it at the funeral stage immediately.