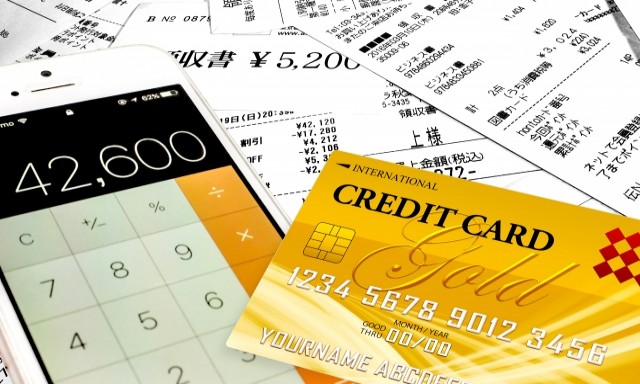 Differences in the flow of funerals and funerals by type

When it comes to funerals, many people think of a form in which a monk reads the sutras, burns incense in order, and then the mourner greets him.

Certainly this must be the most common type of funeral in Japan.

However, with the diversification of lifestyles, the form of funerals is also changing. There are more than a dozen types of funerals in the world just by briefly introducing them.

We are approaching the current form of a very free funeral. What kind of funeral form would you or your family choose?

What is the general funeral process? Buddhist funeral

First, I would like to talk about the general flow of funerals that you remember when you call it a funeral.

This flow of commuting, funerals, and cremations, which most people think of when it comes to funerals, is called "Buddhist funerals." You might wonder, "Isn't it Buddhism?" Japan is a Christian event, and even non-Christian people enjoy Christmas in a Japanese way, so don't worry too much about it. The current situation is that 90% of the homes are choosing this Buddhist burial while saying, "We are not Buddhist."

In Buddhist funerals, preparations are generally started after the deceased's death, commuting to the night, a funeral, cremation, and bone laying.

A typical example of a Buddhist funeral is to rent a ceremony hall to build an altar, decorate the deceased's house, and invite many people. Perhaps it is associated with funerals such as entertainers that are often broadcast on television.

However, in recent years, large-scale ceremonies such as funerals for entertainers broadcast on television have tended to decrease. Funerals are very expensive. It's a daily life, so if you spend millions on a funeral, you can't live. Moreover, due to the declining birthrate and aging population, it is not uncommon for the only son to bear all the funeral expenses that the brothers and sisters could have paid for their parents. You can't just spend so much money on a pompon funeral.

What is family funeral or secret funeral? Various funerals for Buddhist funerals

A family funeral is a funeral that gives the impression that the family is quiet, but it does not mean that you should not call anyone other than the family. In addition to renting a tatami room, the venue may be a large hall or a Buddhist altar at home. It may be easier to understand if you think of it as a funeral that is a little smaller than a large-scale funeral that invites about 100 people in a large hall among Buddhist funerals.

This family funeral is a funeral that is held on a small scale by calling about 30 to 30 people, including relatives and friends of the deceased, mainly in the family. The form of quietly performing only with the family without calling the general public is not a family funeral but a secret funeral.

Secret burial is often selected when a family member suddenly dies, such as during the New Year holidays, or when people do not want to be known. In addition, after sending the deceased for the time being in a secret funeral, the funeral may be held again in the form of a farewell party. Funerals these days have become quite flexible.

A common pattern for company officers and celebrities is when a family member quietly sees off at a secret burial and then the company or group performs a company burial or group burial. These are not issued by the family, but may be issued by each company or organization to see off employees or group members who have made achievements in the company or organization with respect. Just because an employee is gone does not mean that a company burial will be held.

Family funerals, secret funerals, company funerals, and group funerals do not have to be Buddhist, but they are often done in Buddhist style. No matter which type you choose, there is almost no difference in the flow, which is the flow of commuting, funeral, and cremation. However, the form can be flexibly decided, such as not going to night.

What is a direct burial? Funeral without funeral

There is another form of direct burial. This is a form in which the funeral itself is not performed, but after a certain period of time has passed since the person died, he goes to the crematorium, farewells, and cremates.

In the olden days, direct funerals were often seen in families and people without relatives who had to pay for funeral expenses. Basically, it seems that Japanese people had the idea of ​​giving a funeral. However, in recent years, this direct funeral is often selected mainly by people who do not have time to hold a funeral, who do not want to be caught in the Buddhist style because of the financial burden, and who want to finish it on a small scale. increasing.

There is no funeral in the flow of direct funerals. Immediately after the deceased's death, he goes to the crematorium, cremates, and ends. It can be said that it is the simplest form of funeral.

Music funeral for free funeral! Is there a funeral that doesn't take shape?

There are other forms of funerals, and in addition to the Buddhist funerals that are common in Japan, denominational and religious forms have appeared. For example, free funeral. A free funeral is a funeral that focuses on what the deceased loved, such as offering flowers without burning incense and showing a video of memories. The law does not stipulate that "funerals should be done like this", so if the deceased or family wants, such a free-form funeral is possible.

There are also funerals where the deceased loves music and sends them in the form of performances, songs, or music companions. This is also a kind of free burial if it is separated from denominations and religions.

Free funerals allow you to flexibly decide the menu centered on each family, so the flow is to send the deceased according to that menu.

Funerals are not one, they come in many forms. This time, I mainly explained the Buddhist style, but there are also Shinto and Christian funerals. However, the overwhelming majority today are still Buddhist funerals.

The Buddhist style varies from the sutra chanting to the grand one. The funeral process has a basic form that does not change much regardless of the scale, so if you remember that flow, you can apply it to most Buddhist forms.

However, free funerals often have their own menus, so if you're curious, asking a friend or ceremonial hall "It's such a funeral" isn't the trick to keep up with the flow. Is it?