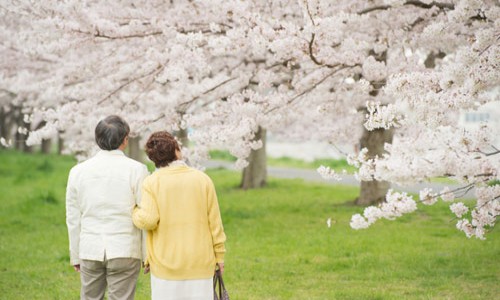 Is it different from the old days? About the latest funeral situation

Today, we are in an era where anyone can easily obtain information from around the world on the Internet.

For example, in modern Japanese family views, the declining birthrate and aging population and the shift to a nuclear family are accelerating, and many people choose not to marry for the rest of their lives and to have no family. It has a big impact.

Let's take a look at the latest funeral situation as it changes.

Changes in funeral circumstances in Heisei after the war

For a long time after the war in Japan, it became mainstream to hold funerals in two days, "going to night" and "funeral / farewell ceremony".

The background to this is that the bases of life for bereaved families, relatives, and related parties have expanded from rural areas to other areas such as cities.

It doesn't take too long when a rural parent dies and a child in the city has to go home and hold a funeral.

It was also thought that the burden on attendees and mourners would be reduced if a funeral, a religious ritual to mourn the dead, and a farewell ceremony, a social ritual to farewell to the dead, were held at the same time.

The funeral, which we now recognize as a general funeral, has taken root in this way.

The "funeral and farewell ceremony" is usually held during the daytime to match the cremation time. If you want to attend here, you have to take a day off from the company, so it is more convenient to attend the night after work, so it became the mainstream for company officials to attend "night".

From such a phenomenon, it may be more appropriate to paraphrase "tonight" as "tonight / farewell ceremony".

Most recently, even these two days have been shortened further, and the form of "one-day funeral" from funeral / farewell ceremony to cremation is increasing without going to night.

In addition, the funeral itself has become smaller because it is difficult to spend much money due to the prolonged recession.

However, the form known as "family funeral" is often thought to be cheaper because it is smaller than a general funeral.

It is important to note that small-scale, that is, there are no or few mourners, so incense books may not be collected and eventually taken out more often.

Appearance of funeral hall and service

Next, let's look at the changes in the funeral location. Originally, funerals were held at homes and temples, but the demand for convenience and comfort has grown socially, and funeral halls have been built by funeral companies.

At home and at the temple, the neighbors prepared, served, and entertained the temple, but at the funeral hall, the funeral service provider took over, so it is thought that the burden on the bereaved family and the people around them was reduced. ..

In addition, funeral halls with parking lots are more convenient for areas where transportation by car is the mainstream, and it is no longer possible to disregard the voice that it is difficult to sit upright due to aging and changes in lifestyle. In such a situation, the fact that many chairs can be lined up to meet the demand contributes to comfort.

Nowadays, funerals are becoming smaller, and it seems that the number of funeral halls with a waiting room for bereaved families is increasing as much as a hotel.

In this regard, it is undeniable that there are criticisms that funeral companies are leading funerals, but in the present age when services are required in all fields, it can be said that it is an irreversible trend.

As a result, funerals have become more diversified, with a tendency to emphasize local customs and the intentions of the individual and their family.

And as people have come to have a consumer perspective, funeral service providers are also required to have quality of service, and the industry as a whole is working to improve service and quality.

Considering the funeral situation, one of the most remarkable changes in recent years is the recognition of "end of life".

"End of life" is an activity to prepare for the end of life by yourself.

However, with the development of medical care and the advancement of information disclosure, it has become possible for people to choose treatment by themselves, which naturally leads people to think about their own "life" and eventually "death", which is not necessarily auspicious. It's no longer the case.

In addition, with the declining birthrate and nuclear family, the number of people who think "I don't want to burden or inconvenience children" is increasing, and from the thought of "I am myself", I am doing my best. The movement to prepare for the funeral has become accepted by the world.

In terms of cleaning up things such as personal care, many people are active in connection with the recent tidying up boom.

Who to contact first
Which funeral company do you ask for the funeral?
How to save funeral expenses
What to do with heritage

The booklet called "Ending Note", which describes in detail such as, may be the culmination of lifelong thinking about one's death and afterlife while being energetic.

However, funerals are not something that you experience a lot in your life as a close relative, and the reality is that you don't know how to think about your own funeral.

Therefore, the number of people who use "advance consultation" by funeral companies is increasing these days. In advance consultation, you can get information about the shape and flow of the funeral, convey your wishes, and get a quote.

Of course, you can compare and select multiple funeral companies.

With the spread of life, "advance consultation" has become widely recognized, and funeral companies seem to be making efforts to meet the diversifying needs.

Many people use "advance consultation" to prepare for seeing off their elderly parents, which is an effective way to avoid panic in an emergency.

Funeral circumstances that have changed with the times. There is no such thing as a correct answer at a funeral.

Just as each person's life is different, there may be different forms of funeral depending on the relationship with the society in which they have lived.