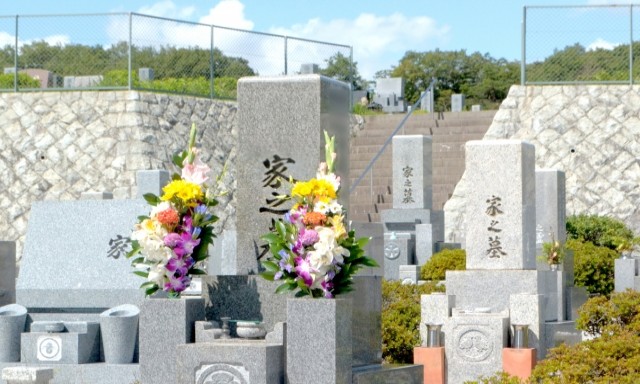 Points to keep in mind when choosing a graveyard

Probably once in a lifetime to buy a graveyard. It may be difficult to understand how to choose.

There are many ways of thinking, but here are some basic points to keep in mind when choosing a graveyard.

What is a graveyard?

A graveyard is a land on which a grave is built or built, but there are three main types of graveyards. They are "Public Reien", "Private Reien" and "Temple Cemetery".

In fact, the law stipulates that only religious corporations, local governments, and public interest corporations can manage graveyards. Therefore, even if it is the house of the deceased, it is not possible to build a grave on the premises of the house and use it as a graveyard.

Some graveyards have sectarian and sectarian conditions.

At the public reien, the denomination and denomination do not matter. Many private reiens do not ask, but some accept only traditional Buddhism (representative Buddhism that has been handed down in Japan since ancient times. Tendai sect, Jodo sect, Jodo Shin sect, Shingon sect, Rinzai sect, Soto sect, Nichiren sect, etc.) Let's check in advance.

In a temple graveyard, it is premised that you will be the Danish family of the temple, so naturally you must be the sect and sect of the temple.

There is also a reien limited to a specific religion, and it is said that past religions do not matter, but it is necessary to convert or dedicate to that religion. You should avoid the situation where you cannot easily go to visit even if you build a grave. Therefore, location is an important point.

It's hard to imagine when you're young, but as you get older, you may lose your health, your legs may become weak, or you may not be able to drive a car, making it difficult for you to go on your own.

Find out about distance and transportation access to see if it's easily accessible not only from your own home but also from other relatives' homes.

Moreover, it does not mean that it should be close.

The place with good transportation is not limited to the graveyard, but the price of the land will be high, and it may be noisy because it will be a place where people can easily gather.

When it comes to location, it's important to think carefully about what you value.

First of all, it is necessary to understand that the often-called "land cost" is the permanent usage fee of the graveyard, that is, the purchase cost of the right to use, and unlike ordinary land purchase, you do not get the land itself.

In addition to the land cost, there is also an administration fee.

Although it is related to the "location" in the previous section, please be aware that you may have to return the usage right if it remains unmanaged for many years.

Management costs vary greatly depending on the type of graveyard.

Public reiens are relatively cheap, and the market price is said to be around 1,000 to 10,000 yen per year.

The management fee for a temple graveyard is often called the Goji membership fee, and the market price is said to be 10,000 to 20,000 yen per year, but it seems to vary greatly depending on the relationship with the temple.

In addition to the management fee, it costs more than other reiens, such as donations and donations to events about twice a year.

However, each has its advantages and disadvantages, so it is premature to decide based on your budget alone.

Public graveyards are popular and you may have to wait for years.

Private reiens tend to have a lot of services, such as undertaking legal arrangements, due to the high management costs.

The temple graveyard is also based on the Danke system, and it can be said that it is safe because the situation of each house is grasped and the management is perfect.

The environment of the graveyard is also an important point for gravestones.

Moisture can cause moss and mold to grow on the tombstones.

The tombstones will be less damaged in good places than in bad sunlight and ventilation.

The bones are stored in the underground part of the tombstone called the carrot, but if the drainage is poor, rainwater will flow into the carrot and adversely affect the bones.

In addition, the environment surrounded by mountains is quiet and quiet with a lot of greenery, but if the trees are overgrown, it will be difficult to clean the fallen leaves, and many insects such as mosquitoes will come out. There is also a face.

On the other hand, if the place is close to the sea, the scenery is good and the sea breeze is particularly pleasant on a sunny day, but there is also the downside that salt content accelerates the deterioration of the tombstone.

As with location, we must carefully consider what to prioritize and prioritize.

In addition, it is thought that the number of people will be reduced depending on the time of day, but it is dangerous to be in a place that is too noisy, so watch the surrounding environment carefully.

If you can borrow cleaning tools, pail or bucket, cassotte, etc. when you visit the grave, you will need to bring less luggage.

There is a parking lot, there is a water supply facility for washing hands and drawing water, there is a toilet, if there is a Japanese style or a Western style (more specifically, toilet paper is provided It is often overlooked when choosing a graveyard, but it is an important point.

It may be difficult in the old graveyard, but it is even safer if the barrier-free design allows elderly people and wheelchairs to go smoothly to the front of the graveyard.

When choosing a graveyard, you usually do a preview, but here are some points to check in the preview.

Cleaning status of the graveyard

Whether it is a public graveyard or a private graveyard, the management fee is paid, so the common areas such as parking lots, passages and toilets are cleaned by the manager. A graveyard that has not been thoroughly cleaned will eventually become rough, so it is safer to remove it from the candidates.

Situation when it rains or snows

If possible, look not only when it's sunny, but also when it's raining or snowing.

It is difficult to walk if the passage is like a puddle or the ground is muddy with soil. Also make sure that your visibility doesn't get too bad when it gets dim.

Naturally, you will have a long relationship with the graveyard. It's not like the general service industry, but if you're an administrator who doesn't respond too well, you'll still be worried about what to do if something goes wrong.

The important points vary depending on the circumstances and position of each house, but the important thing is to choose a graveyard where you can visit at any time.

It's been a long and long relationship with the graveyard for generations, so you want to choose carefully.