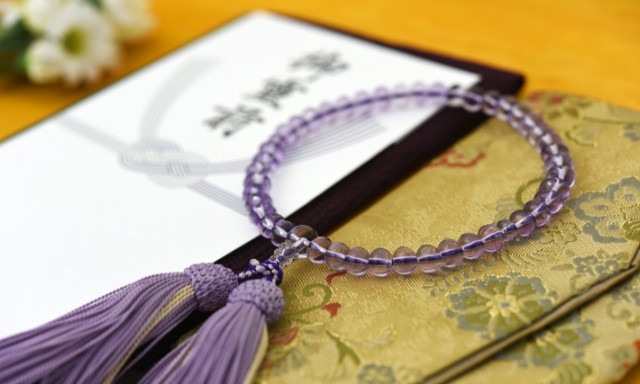 How many do you know Japanese Funeral etiquette

The ceremonial occasion is an important place where good manners are required.

Even if it's a ceremony between friends, the usual broken attitude is basically NG.

The reason is that Japan has a kind of special feeling about life and death.

Funeral etiquette is not difficult once you have the basics. The important thing is With this in mind, let's review the funeral etiquette that is embarrassing to know.

What should I wear? Basically black!

There is no problem if you wear ordinary black clothes on the market and white shirts.

It is black, and if it is not twisted or wrinkled, there is no problem.

If it's difficult to prepare for mourning, a black shirt and a black skirt are fine.

However, what women should pay particular attention to is the pattern of their clothes.

If your clothes have glittering decorations such as beads, it is safe to avoid them even if they are black.

You should also avoid glossy materials such as enamel, even if they are the same black.

It is a place to send out the deceased, not a party. It does not mean that "anything is fine if it is black", and it is safer to avoid flashy or glittering things even if it is black.

Also, it is okay to attach accessories such as pearls and inconspicuous silver to the extent that they are not flashy, but avoid glittering colored stones and yellowish ones of the same pearls.

Also, the double ones have the meaning of "overlapping misfortunes" and can be avoided at funerals.

You don't have to think too hard. If you get lost, you can say that it is safe at the funeral if you think in the direction of "do not attach" or "refrain".

Mourning clothes are not absolute, black clothes may be worn as mourning clothes
However, avoid sewing beads, flashy patterns, and enamel even if they are black.
Jewelery is simple silver and pearls. Double is NG
Makeup is modest! Separate lipsticks for everyday use and ceremonies

In addition to these, I also want to be careful about makeup.

The season is spring. It's time for a lot of gorgeous cosmetics to appear. I understand that I want to use it once I buy it, but if possible, I would like to use a modest color at the funeral.

If you're a woman, you'll want to bring a discreet beige lipstick that you can use for other funerals and ceremonies of everyday cosmetics.

Men also want to be careful with their ties.

The funeral tie is black, but it may be given a different color depending on the belief you are visiting.

Is the color of Fukusa okay? Red and pink are NG! Can't be reused for weddings

When you arrive at the funeral home with your clothes on, it is good manners to put the money in front of the spirit in a special bag and wrap it in Fukusa.

Fukusa is not all that good, and avoid bright colors such as red, pink, and orange. It's a good idea to choose a calm color such as green or purple.

Basically, it is NG to reuse Fukusa for weddings and funerals.

Depending on the area and the depth of ties with the deceased, it may wrap something other than money.

In that case, it is good manners to ask the mourner, his family, or the funeral home before bringing it in. This is because, depending on the size of the funeral home, there is no place to put it even if it is suddenly brought in.

Certainly, it may not be possible to violate the manners of dress and etiquette.

For example, loudly point out violations of clothing etiquette in front of a large number of people.

At first glance, it may seem right. However, the pointed out side will be embarrassed in front of many people, and the atmosphere of the place will be awkward.

Not everything is justice if it makes sense.

It's not a bad thing to point out the cry of a child or the liveliness of a young person.

It must be that young people correct their gaze, which mothers only notice when they are pointed out.

However, even so, if I start preaching just according to the rules of the place, I will be in violation of etiquette this time.

"How the mourner and other funeral organizers feel" and "How other people in attendance feel" are very important when considering funeral etiquette.

Even if it makes sense, I would like to gently point out behind the scenes, be careful about how I say it, and try to be an example of etiquette first.

Of course, I got drunk and made a fuss, and I was ashamed! Please be aware of that and refrain from doing so.

The funeral is both a place of mourning and a place of farewell to the deceased.

The place of farewell does not necessarily have to be sacred and tranquil.

However, it is important to remember that the family of the deceased and other attendees "feel very important" to the place.

To put it the other way around, if the deceased's will or the deceased's family wants to say, "He liked the sound of Japanese drums and loved festivals. Let's send them out lively together." it might be.

When considering funeral etiquette, first consider the deceased, and then the deceased's family and other attendees. I dare to swallow even if I think it is correct.

It may be etiquette.