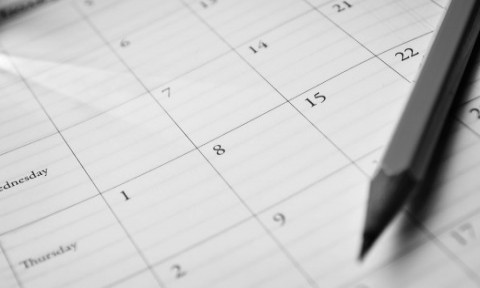 Flow of preparation until the day of the funeral

No one can predict the moment, whether at home or at work, to be informed that a family member has died.

Even if your doctor warns you that it might be dangerous, it's unavoidable that your head will turn white if you suddenly receive an obituary.

However, this is not the case when you are shocked and stunned.

The current state of "death in Japan" is that the deceased can only be mourned after the funeral is completed and the subsequent procedures are completed.

As soon as someone dies, the funeral preparations begin, so you'll be more busy than the sadness of losing your family.

In such a case, think about the setup up to the funeral in your head so that you can start moving immediately without being confused.

I will mourn my family later. First of all, let's send the deceased family to heaven without worry.

I will explain the flow for that.

If you die at home, first contact your doctor or police

Where the family receives the obituary will not be known until that moment actually comes.

It may be in the hospital room or you may receive it at the office.

You may also receive it at home.

Actually, this "where to die" will have some influence on the future flow.

It's true that the final funeral process is the same, but if you die at home, you'll need to contact your doctor and the police.

If you die at the hospital, a doctor will diagnose your death and confirm that you are dead, but if you die at home, there is no doctor on your side.

The first step is to find out the cause of death and whether or not you are really dead.

Since the police may confirm the situation, some people may be worried that "I am suspected?", But I have them confirm it properly because I could not confirm the death at the hospital. Is necessary.

When you die at home, it starts with confirmation by your doctor or police, so it seems that it often takes a little longer to get a funeral than when you die at the hospital.

However, with the confirmation of the doctor and the police in between, there is almost no change in the flow after this. Eventually it will be a funeral.

Now, from here, we will go into the flow until just before the funeral. Depending on where you die, you may be asked by a doctor or police, but once the confirmation is complete, the process will be exactly the same as when you died in the hospital.

It may seem like a very simple flow to look at 1 to 3 in simple words, but for those who have experienced funerals, this flow is very difficult, and it is exactly one that a person dies. If it's one drama, you'll look back on your experience.

Where is the corpse placed? Hurry up to book a funeral home

First, we will transport the body of the deceased from the hospital.

However, it is necessary to decide "where to transport" before transporting.

A long time ago, when a person died, he was first transported to his home and the body was kept overnight between Buddhist altars.

However, in recent years, there are many homes without Buddhist altars, and many people find it difficult for neighbors to ask their homes, so they may be suddenly transported to a funeral home. Therefore, even if you are transporting from the hospital, you must make a reservation for the funeral home and have a place to put the body in place before transporting.

The mainstream in recent years is to first make a reservation for a funeral home at the time of death at the hospital, and have a contractor prepare a car for transportation.

At this point, file a death report with the local government's night window.

There is a lot to do and it can be confusing.

However, it is important to start the funeral. If you are relaxing, the funeral home may be filled up and you may not be able to reach the funeral.

The longer the number of days before the funeral, the greater the cost of placing the body and the funeral home, so mourn the deceased later. First is the start dash.

Contact the funeral attendees as soon as possible! Call out to the monk

As soon as the body is transported and placed, it will begin preparing for the funeral.

I have listed 1 to 3 as the flow, but all of this will be done in parallel.

In other words, make a reservation for the ceremonial hall while contacting the contractor to store the body, order the necessary items, and start contacting the person who will be present.

Especially for those who attend the funeral, it may be very difficult to prepare for mourning and before the Holy Spirit, even if it is said to the last minute.

If you die, transport the body, make a reservation for the ceremony, and contact the person who will be calling for the funeral at the same time.

If you divide the family and make contact and arrangements, you will not be confused and you will be able to finish it smoothly.

It is also advisable to be prepared for the funeral at this point.

The important thing is to contact the monk. It is up to you to decide what kind of funeral you want in each house, and some funeral homes can accommodate both Buddhist and Shinto styles.

However, there are many Buddhist-style funeral homes in Japan, so be sure to keep your monk's schedule at this stage.

If you're not a Buddhist priest at some temple, don't worry, you can talk to the funeral home and they will introduce you to the monk.

Follow the procedure at the local government office! Final confirmation of preparation

Twenty-four hours have passed since the body was placed, and now let's go to the local government office for permission to cremate.

At the same time, submit a death report.

Please note that you cannot cremate or bury without a permit.

We will give back to the attendees at the funeral and place specific orders for meals and alcohol.

In addition, one member of the family will accompany the body and serve tea or greet the person who comes to join hands.

The people at the funeral home will also help, but the escort to the body will not be completely left to the people at the ceremonial hall, but will basically be done by the family.

At this stage, make sure that there are no missing items, including equipment such as candles and incense sticks.

Also, make sure that the ceremonial hall has these equipment ready.

My family died and I had to do all this at the same time.

On top of that, the funeral can be completed without delay and finally the deceased can be mourned.

Japanese funerals are really busy. It can be said that the fact that preparations for funerals begin only after someone has died has spurred the rush.

However, there is one point to avoid rushing to a sudden funeral. It's about keeping an eye on the funeral home in case of emergency.

At the funeral home, you can get a rough estimate in advance, so it's safer to visit before you rush to the funeral.