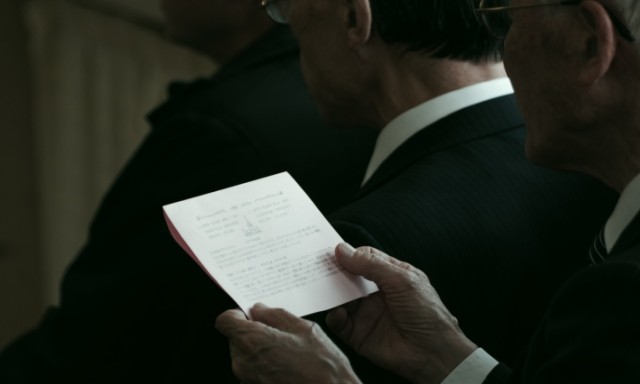 About the funeral procedure and flow you should know

Can you easily explain the funeral procedure and flow?

Unless you work for a funeral director, you probably won't experience so many funerals in your life. Even more so, the experience of becoming a mourner and the bereaved family preparing for a funeral with the mourner is almost impossible to gain enough experience to prepare without being upset when the family suddenly dies. Many people are surprised that their family is gone and yeah! Then they start preparing for the funeral by fluttering and groping. It's only natural that you'll be in a hurry because your family will die and you'll be the one who manages the funeral that you've rarely experienced.

This time, I will talk about the funeral flow and points to remember so that you can proceed with preparations even if you suddenly have to give a funeral. We will also introduce word-of-mouth and experiences that people who have experienced funerals said, "I was in trouble here" and "I should have prepared this." Let's easily learn the funeral procedure and trouble points as a set.

Mr. A's experience "What is the funeral procedure?"

"I was informed that my father had died suddenly. The moment I heard that he had died, I was surprised and my head went blank. My mother was alive, but my grandparents' funeral was a long time ago, and my father took the lead. He stood up and prepared for the funeral, so neither I nor my mother knew what to do. It's called funeral preparation, but what should I do first? I was in a hurry. "

Actually, Mr. A has a lot of troubles. Even if a person who has never experienced a funeral suddenly says "I'm dead, please proceed", I panic, "What should I do?"

Here are three things you need to do right away so you don't get confused in the event of an emergency.

You might ask, "Are you making a reservation and getting a quote?" That is right. Funerals in Japan are very busy, so we have to finish the reservation and money talk first. I'm guessing, but I'm patient here.

If you transport the corpse, the funeral shop will tell you about the rest of the process. It is safe in that respect as well. However, even if you have little experience with funerals and a funeral professional will teach you, it is important to keep in mind the flow. And above all, it is important to think seriously about money.

Why is it important?

You might think about money as soon as your family died. But this is very important. Let's start with Mr. B's experience.

Mr. B's experience "If you leave it to the funeral director, the amount billed!"

"My father died and I became a mourner. Since this was my first funeral mourner, I found the nearest funeral home from the phone book and contacted him in a hurry. He also arranged for transportation to the morgue of the funeral home. It was very encouraging. However, I was surprised that the funeral was over! Even though it was not such a large funeral, the bill was as high as 3 million yen. When I left it to the funeral home company, the charges were getting higher and higher without my knowledge. I should have asked for a quote and explanation of the charges first. "

You may think that talking about money is unscrupulous as soon as a person dies, but if you do not check the breakdown and estimate of the fee at this time, you will have trouble with the funeral shop later or you will be charged a large amount. It's actually a story that you end up crying.

As ①, let's arrange transportation and make a reservation for the funeral home, and talk about money at the same time or at the next timing.

Mr. C's experience "Isn't it just a funeral? Without knowing the procedure ..."

"I thought that if I prepared for the funeral, I would be able to do it right away. I thought that the only procedure I had to do if my family died was a death report, but in reality it's a different one. You also had to go through the process. I didn't know that you couldn't proceed with the funeral without permission to cremate or bury. "

What must be done as ③ is the procedure at the window of the local government.

It seems that some people try to complete the procedure first, but even if only the procedure can be done, it will be difficult to give a funeral unless the funeral home is decided. That is why it is more efficient to first hold down the venue and then file a death report or permit. Immediately after the death, a person who is accustomed to a funeral may hold the funeral home and ask his / her family to accompany him / her, and then rush to the night window of the local government.

① to ③ are simultaneous progress.

When it comes to the flow of a funeral, some people think that a funeral can be done by imagining only the flow of the funeral itself and preparing for the funeral. Be aware that you will also need a permit to cremate or bury.

Let's take a quick look at the funeral procedure that follows.

What you should do in a hurry is ① to ③. Next, as ④, we will adjust the funeral schedule. When you make a reservation for a funeral home, it does not mean that the date will be decided. Cremation must be booked separately at the local crematorium. You also have to adjust the schedules of the monks, priests, and priests who are in charge of each funeral style ceremony. Once the general schedule has been adjusted, we will notify the attendees as ⑤ and prepare the necessary equipment.

At this point, the funeral setup is finally complete. After that, according to the schedule, we will go through the night, funeral, cremation, bone laying, etc. without any trouble.

I briefly explained the funeral procedure. In addition, I also introduced the experiences of people who had little experience in funerals and where they were confused at the funeral.

At funerals, it is difficult to reach the stage of holding a funeral. There are many difficult steps to take before the "funeral day", such as booking a funeral home, talking about money, procedures, and coordinating schedules with a monk to transport the body.

This time, I introduced the funeral procedure, focusing on the flow up to the day of the funeral.

Even on the actual funeral day, it is difficult for a person who has to host a funeral as a mourner. I would like you to be aware of the "funeral" so that you do not have to panic in an emergency. You can be prepared by being conscious. Being prepared may be the first step, the zeroth step.