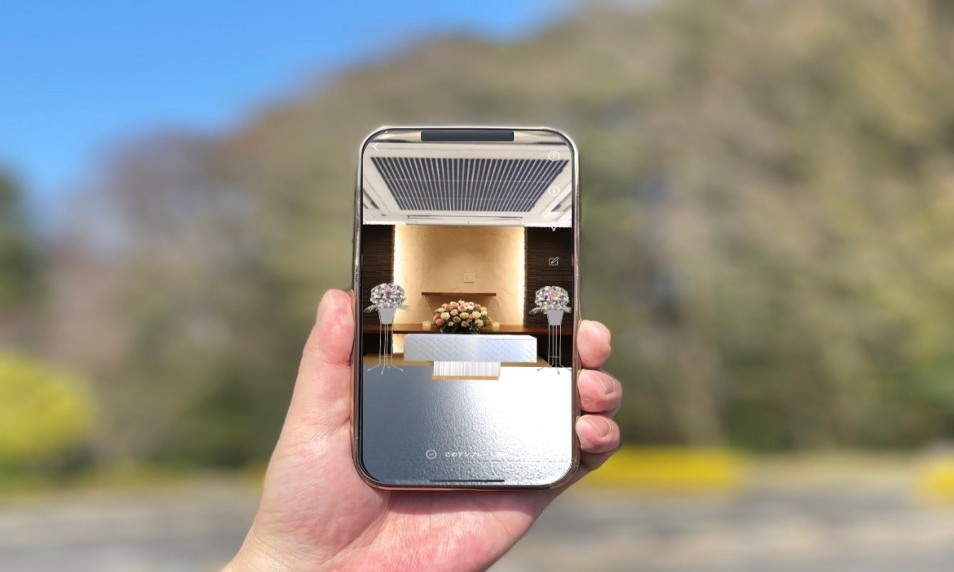 【 AR Family Funeral Fnet 】 What you can do with this application. Fswa-net

This app allows you to arrange a funeral on your smartphone.

What can we do with this application  "AR Family Funeral Fnet" ?

By displaying products such as 3D dishes and funeral flowers in AR, it becomes easier to grasp the actual size of lunch boxes and hors d'oeuvres, and while arranging funeral flowers in the ceremony hall and visually imagining the overall balance.  Then you can order them by your smartphone. Also, in the function to display the VR ceremony hall on the smartphone screen, it becomes easier to imagine the setting scenery and the scale of the ceremony hall than looking at the pictures. You can imagine a funeral by actually moving inside the VR ceremony hall while holding the smartphone at hand.

You can customize funeral plans and set plans as you want, and digitize the ordering process, for examples by Email or fax. By using this app as a catalog that allows you to browse 2D and 3D products in AR instead of the conventional paper catalog, it is easy for customers to understand the attractiveness of products and services, and you can streamline your business more easily and smoothly. 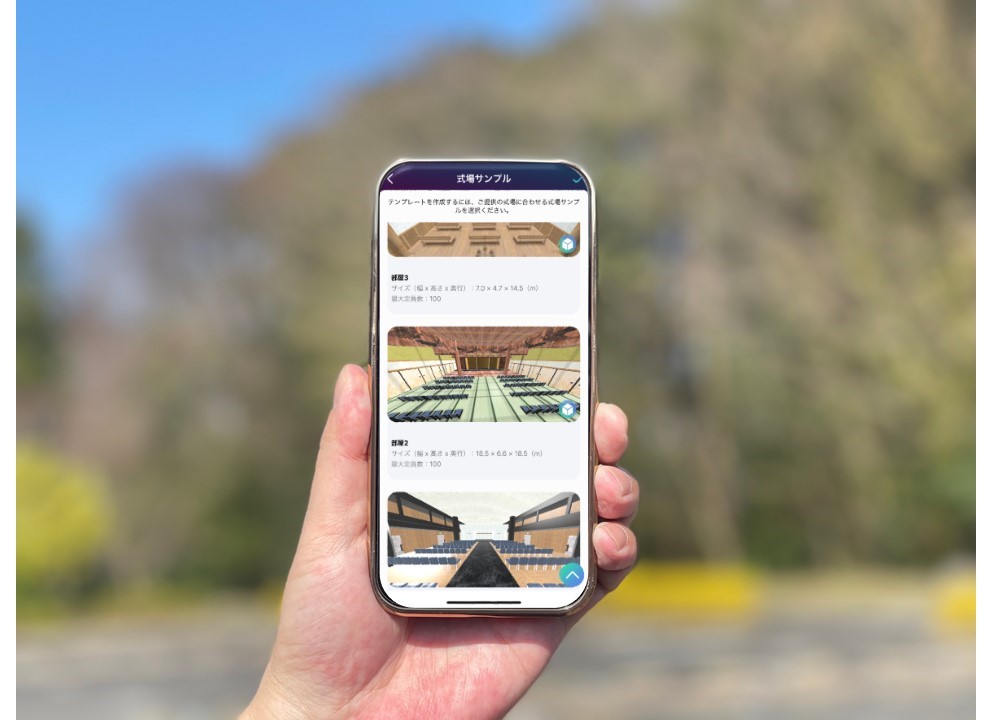