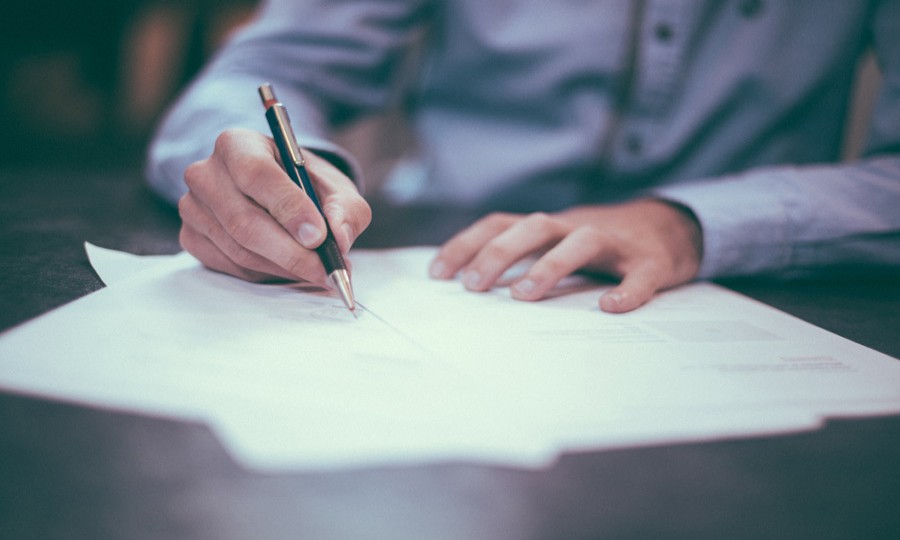 What are the procedures required after the funeral?

Many bereaved families have had the experience of having their heads turned white after completing the funeral to the bone-laying and thanking the attendees. However, Japan still has to "clean up" after the funeral without having time to breathe. And we have to make "new preparations".

What are some of the procedures that must be done after the funeral? Remember the post-funeral procedure to help you get through the hectic days efficiently.

What are the procedures required after the funeral?

"What do I have to do after the funeral?"

Certainly, after the funeral, the next thing to do is prepare for the first shelf (first tray), postcards in mourning, and the next memorial service. Depending on the area, there are local events (such as Nembutsu) on a daily basis until the 49th, so some homes have to start preparing for them immediately after the funeral.

However, what you have to do after the funeral is not just the preparation of the next memorial service and the arrangement of greetings such as postcards in mourning. There are other things to do.

It is an "inheritance procedure". In addition, you must complete the procedures related to local governments and affiliated organizations.

Some people may feel uncomfortable talking about money when they are told to "proceed for inheritance" immediately after their family has died. However, some procedures, including inheritance, have a fixed deadline, so it is not enough to say, "When the funeral is over, I lose my strength and my head is blank" and "I don't mind other procedures later." You have to get rid of it quickly.

It can be said that only after completing the necessary procedures can we really end the curtain on an individual's life. And the next time the curtain rises, it's time to make a fresh start.

Be sure to finish the necessary procedures early after the funeral for the new dawn. The main procedures required are as follows. Let's organize it.

An inheritance procedure is one of the procedures that you want to perform immediately after the funeral.

It may seem unscrupulous to talk about money as soon as your family dies, but it makes a lot of sense to have an inheritance process right away.

Inheritance waiver is known as a particularly effective procedure for debt-rich inheritance. It is a procedure that can only be done in court to waive all positives (deposits, real estate, etc.) and negatives (debts, unpaid money, etc.) in inheritance.

This inheritance waiver procedure has a deadline of "within three months from the time you learn that the inheritance has started for you."

"When I learned that there was an inheritance start for myself" is basically interpreted as "family death." The starting point of the deadline may change depending on individual circumstances, and there are also careful procedures for the deadline. However, if you are in trouble because you are in debt, it is dangerous to take it easy.

You might think, "It's a bit of a story to talk about heritage right after the funeral," but it's better to talk to a lawyer or scrivener early, as the inheritance process may have individual deadlines. It's safe. It is safer to check the deadline with a lawyer or a scrivener in detail.

Funeral grant? Don't forget to apply for insurance and pension

Post-funeral procedures include subsidy procedures and member organization procedures. Basically, there is no hurry here, but be aware that some procedures have a time limit.

Grants are those in which the municipality subsidizes the funeral expenses for the family (and in some cases other than the family) who performed the funeral.

In addition, depending on the local government, it seems that the application form for this subsidy is given or guidance is given immediately after submitting the death report.

Those who lived in rental housing will also need to cancel the contract. Especially in modern society, it is better to talk about the situation early and cancel the contracts such as smartphones, NHK, newspapers, etc. that many people have contracts with, "contracts that you have to keep paying as long as you have a contract".

Prescription may be involved in insurance claims. It's a good idea to claim early or check with your insurance company about the time limit if your claim is likely to be delayed.

The death of someone is a life-changing event in the family.

You may think that your life is yours, but the death of one person is synonymous with the movement of many people through procedures, so once you experience a funeral or post-funeral procedure, you will be "a person." You should be familiar with the fact that "life and death" involves a surprising number of people.

In addition to the procedures introduced here, other procedures may be required depending on the deceased's service subscription status and living conditions.

After the funeral, you may be tired enough to take a break. However, some procedures have a fixed deadline. Let's think that we can reach the "real end" and "new beginning" only after completing the procedure after the funeral, and let's accumulate the knowledge to proceed smoothly.