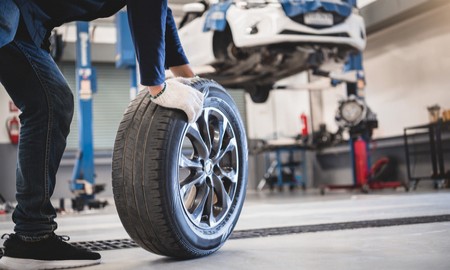 Currently, various attempts are being made in various countries around the world to realize a convenient world. Of particular note is the technology of autonomous driving. This time, we would like to introduce an article about ZOOX's Robotaxi, which was acquired by Google.

On December 17th (local time), US semiconductor maker NVIDIA introduced on its blog that the autonomous driving mobility company Zoox, which formed a partnership in 2017, released the robot taxi "ZOOX". Zoox is a company acquired by Amazon in June 2020, and is also participating in an inception program that helps NVIDIA startups use AI and data science to bring about various innovations. The Zoox is equipped with the first interactive function of a level 5 robot taxi that uses NVIDIA technology for everyday mobility in urban areas, and has a concrete outlook for next-generation intelligence transportation. Announced one "ZOOX" that shows. Robotaxis are seen as transforming the means of transportation, and UBS experts said, "By 2030, such vehicles will create a $ 2 trillion market worldwide and reduce daily travel costs by 80%. We will reduce the above as well. " Also, affordable Robotaxis are expected to reduce car ownership in urban areas, and a recent survey found that nearly half of the 6,500 people driving in the United States are RoboTaxis. He said he would let go of the car if it became widespread. ■ Self-driving vehicle that can move forward and backward ZOOX Unlike existing passenger cars that focus on the driver, ZOOX is designed for passengers, and from the development stage, sensors and large-capacity batteries are EVs (electric). Designed on the premise of autonomous driving mobility of automobiles). In addition, since all four wheels are driven and steered, smooth parking is possible even on cramped shoulders where parallel parking is difficult, achieving both passenger comfort and boarding / alighting safety. Furthermore, ZOOX is bidirectional, and there is no rule as to which is the front or the back, and after moving forward and entering the driveway, it is possible to return to the road without changing direction. Even if the road is closed unexpectedly, it can be changed by simply changing the direction of travel or by using four-wheel drive, eliminating the need for a conventional U-turn. The seats in the car are carriage seats, which not only allows you to see the surroundings well, but is also ideal for passengers to communicate with each other. Each seat is the same size, no matter which seat is better, and the same quality of ride is provided. Since it is a carriage seat, the aisle space is widened, and passengers can pass through without having to stand up or twist themselves. The seats are also equipped with airbags. ■ Achieve level 5 autonomous driving with Robotaxi NVIDIA provides the only end-to-end platform for the development of "software-defined cars" with a centralized architecture that covers from the data center to the vehicle. Achieving Level-5 autonomous driving with RoboTaxi requires computing power with sufficient capacity to constantly add new features, and NVIDIA has an infrastructure for learning and verification. From to in-car computing to level 5 performance. In addition, such vehicles can be continuously updated by receiving the deep neural network developed and improved in the data center by OTA. NVIDIA's platform is open and modular, so companies that have introduced RoboTaxi have custom designs such as Zoox's symmetric layout and new designs such as cameras, radar, and lidar that give a 270-degree view of every corner of the vehicle. It can also be configured to adapt to other devices, and can use as many processors as needed to analyze data from a large number of on-board sensors, resulting in system and algorithm diversity and redundancy. It is said that safety is also ensured by utilizing sex. ■ About ZOOX The 133kWh battery installed allows ZOOX to operate all day long, and the vehicle battery uses a non-contact charging system to achieve efficient and scalable fleet charging. The on-board dual motor automatically controls to reach the destination with plenty of time while supplying power to the required location. In addition, the four-wheel steering (4WS) has achieved a turning radius of 8.6m, making it possible to park in the narrowest curve side space without moving backwards. In addition, it is equipped with active suspension to provide a comfortable ride for everyone. The video contains an interview with the developer and the appearance of driving in the city of San Francisco while actually riding.