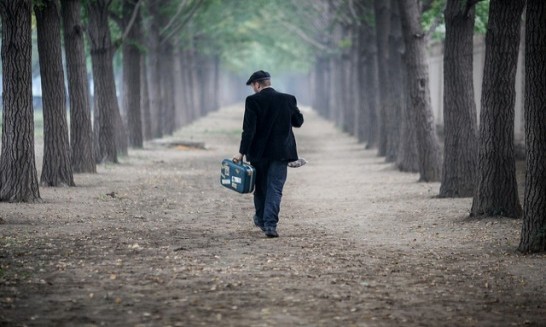 Farewell to an important person who always comes to everyone.

Everyone has the same desire to mourn the person and see him off. But what is the scale of the funeral in an emergency? expense? What is the format? It is also a fact that people who are left behind may be left with regret because they cannot make proper choices and judgments because they are in a hurry.

So the first thing you should know is the type of funeral. Let's take a look at what funerals are like these days and the diversifying types of funerals.

A general funeral is a so-called "ordinary funeral".

Starting with family relatives, neighbors, people in the neighborhood, friends and acquaintances such as the deceased and mourners, company officials, etc. are widely disseminated and accept mourners.

We will hold a "night commute" and a "funeral / farewell ceremony".

It has the characteristics that many related people can say goodbye to the deceased and can express their condolences to the bereaved family.

There are merits such as being able to fulfill the in-laws of the relationship and having the faces of various people stand up.

Since the scale is large, the cost is high, but there is also the surprising advantage that it is not necessary to take it out because the incense from the mourners is gathered.

On the other hand, there are many scenes where the bereaved family, who is closest to the deceased and feels sad, greets many mourners, takes care not to be rude, and is seen by mourners during the ceremony. There is also the downside that you can't break your heart to the fullest when you say goodbye.

It is also a time when fatigue is accumulating both physically and mentally, and it is very painful.

It is a form that has been increasing in recent years, but its definition is not clear yet.

The name says family, but it may be easier to understand if you read this as "people who are as close to your family as your family."

It is a small funeral centered on relatives who are relatively close to the deceased and friends who were close to each other. In some cases, the fact that he died is hidden or announced at a later date, and recently, although he is informed of the obituary, there are increasing cases of saying "because it will be done at a family funeral" when implicitly refraining from mourning.

Not only are there few mourners, but the people who gathered are also close friends, so the bereaved family can slowly say goodbye.

It can be said that the degree of fatigue is lessened by paying attention to the surroundings compared to general funerals. However, after the funeral or cremation is over, some people may say "I wanted to mourn" or "I wanted to say goodbye", or some people may come to my house to express their condolences. ..

In particular, even if you say "I wanted to say goodbye" later, it will be irreversible, so you need to give due consideration to the scope of notification. Also, if many people come to their homes for condolences, they will be overwhelmed by the response, and the bereaved family will lose time to rest their minds and bodies.

In fact, it seems that some people say that it would have been better to have a general funeral in such a case, so it is necessary to fully understand the advantages and disadvantages.

In terms of financial burden, it is the opposite of general funerals, and because it is small, the cost is low, but there are surprisingly many cases where the amount of incense is not collected and the number of items taken out is increased.

You have to consider that area as well.

Direct cremation means cremation directly, that is, cremation is performed without "going to night" or "funeral / farewell ceremony". Cremation is usually prohibited by law within 24 hours of death.

Wait for 24 hours to elapse at a facility where the body can be stored or at home before cremation. Recently, it is said that this form is rapidly increasing. There are various backgrounds, some for financial reasons and some for the intentions of the deceased or bereaved family. It is also called by names such as "cremation ceremony" and "pre-cremation ceremony (meaning in front of the crematorium)".

It has been said that funerals are held for a total of two days (or more than two days) at the "night" and "funeral / farewell ceremony", but these are held in one day. To put it simply from the process, it is a funeral without a "night commute."

A funeral, or religious ritual, and a farewell ceremony, or social ritual, to cremation are held in one day. It is presumed that there is a desire to make the funeral simple, or there is no burden on the bereaved family and mourners.

It has been increasing recently, and it is said that it may increase further in the future.

It means a funeral that is kept secret except for close relatives.

In the funeral of people with social status, in order to make it widely known and it takes time to prepare, the funeral that is held first by the family alone is called "secret funeral", as opposed to the "main funeral" that is held a little after death. It is often understood that a secret funeral is premised on performing a main funeral, but that is not the case.

Traditionally, it was thought to be synonymous with "family funeral", but with the emergence of cases where "family funeral" means only a small scale and showing diversification, "secret funeral" is secretly only for close relatives. It means to.

There is no fixed format, and the tendency is very original, for example, if the deceased loves music, it will take the form of a concert.

In the past, funerals were mostly decided by local customs, but in modern times, funerals are becoming more diverse as described above.

Against the backdrop of the times and social conditions, new forms may be born in the future. There are various debates, but the size and weight of a person's feelings of mourning, let alone the life and death of a person, do not change depending on the size and form of the funeral, the cost, and the number of mourners.

This is the final farewell to your loved one. Your loved one cares for you as much as you do.

With such diversification of funerals, it may be important for the people involved to know about the funeral while they are in good spirits, in order to make the final farewell even a little regrettable.