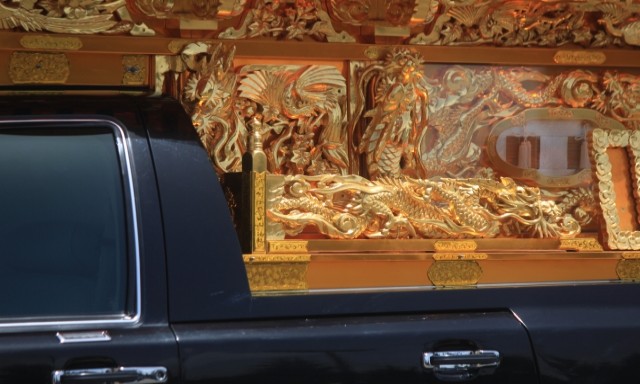 How to choose a funeral company? Points to note and points to keep in mind when choosing

What do you do first when you make a big purchase?

Perhaps you search the Internet to find out the reputation of goods and stores, or actually go to the store and check the price and appearance with a strict eye. Especially when shopping for a large amount of money such as a house or land, many people will collect information thoroughly.

Yes, the bigger the amount of money you move, the more information you try to collect before you sign a contract. For example, if you buy a 100 yen candy ball, you may buy it suddenly. If it's 100 yen, it doesn't hurt so much, and if you think that it will be a story to talk with acquaintances that it is "delicious" and "not good", it is not bad to go on an adventure. But with high-priced contracts, you can't venture. "Failed!" Is too much loss. That's why, in general, the larger the contract, and the more expensive the transaction, the more careful information gathering is done in advance.

However, we can collect information only because we have "time". "Let's study carefully" and "Let's think carefully" are valid because there is time. If you don't have time, you will have to make a contract with incomplete information gathering in advance. The funeral is the first thing that cannot be carefully researched in advance.

This time, I will explain the points to note when choosing a funeral company, which is too late to investigate after someone died, in three points.

I have to decide in a hurry! Points to remember at that time

A person will die sometime. However, the problem is that the time is not fixed and cannot be predicted in advance. Of the 80-year-old grandpa's 10-year-old grandson, just because he is more likely to die first, it is difficult for humans to predict when humans will die. That is why it is difficult to actually go to many companies and compare them after collecting information on the funeral companies according to the day of death.

When there is a sudden event that someone dies, it immediately becomes a story "I have to decide on a funeral company!", So like a high-priced transaction such as real estate, carefully do preliminary research and gather information in advance. It is a funeral that is difficult to contract from. It can be said that funerals are basically difficult because the high prices move.

As soon as your relatives die, you have to go through the process, decide where to put them, and prepare for the funeral. I can't say "I'll decide by looking at the reputation of the funeral company". Since you have to decide in minute increments, you need to make a quick decision. That's why it's important to keep in mind the precautions of choosing a funeral company before you're late after your death and you have to be involved in a funeral, make a decision, or be asked to make a decision.

If you have time, it is advisable to visit the venue as much as possible and ask them to make a quote for the funeral you want. However, the funeral must be considered immediately and decided immediately.

right now!
I have no choice but to decide here!

It's a good idea to keep these three points at a minimum for funerals where you can't afford the time.

The funeral is a catastrophic event. Moreover, since the funeral must be carried out in a hurry, troubles tend to occur. Isn't the person in charge answering with trouble?

First of all, ask "Can you make a quote immediately?" And take a close look at how fast the quote will come up. In the case of a funeral company that responds quickly, we will ask you about the situation at the telephone or at the counter and will prepare a quotation immediately. After that, he will give you a quotation and explain the amount and procedure without stagnation. It is also a checkpoint whether the explanation at the telephone or the counter is clear. Of course, the clearer the funeral company, the more likely it is to be reliable.

If you have a lot of reservations, it will tell you how long it will take and how the price will change. It's too late to say "please". One way is to use a quote and explanation to determine if you can respond quickly or if you can trust it.

Since funeral companies have to decide immediately after the death of their relatives, it is very difficult from a time point of view to check the reputation on the Internet and decide by visiting several companies. Moreover, since it moves at a high price, there is a difficulty that "failure" is not enough.

It's an urgent situation that you have to decide in a hurry, but it's a good idea to carefully check at least these three points before choosing a funeral company.

However, this is just an imminent situation. If you want to keep an eye on the funeral company from the beginning of your life, it is probably the best way to make a careful decision by carefully looking at the reputation and atmosphere of the ceremony hall.