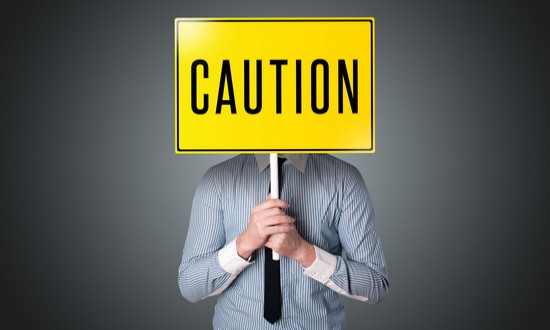 Don't fail! How to choose a good funeral shop

What should I be careful about when choosing a funeral director?

Especially those who are new to the funeral, or who have not yet experienced the funeral on the mourner's side, may tilt their heads.

Recently, especially small funeral plans such as family funerals have appeared, and it makes me wonder what kind of funeral company should choose.

So this time, I will briefly explain the four points to "do not fail" and "distinguish whether it is a good funeral shop"!

1: Should I choose a well-known vendor? Is it safe to expand nationwide?

Various companies are entering the funeral industry. One of the most famous is the company that has received orders for funerals nationwide.

There are more and more companies that are surprised, "Well, is that company also involved in funerals?"

After all, large companies and companies that are engaged in funerals nationwide are well-known and have large advertisements, so it is easy to see.

However, the size of the advertisement and the degree of failure in the funeral are not proportional to the business development.

I'm not saying that nationwide companies are bad. However, because it is famous, it is dangerous to immediately end up with a large company. This is because nationwide funeral directors are good at "national average".

Funerals vary by region! Knowledge is a strength of local companies

Funerals often have individual customs and customs in each region and are by no means divisible by the national average. Especially if you are a beginner, you will have many problems asking "How do you do it in our area?"

After all, the know-how peculiar to the area is often gained by the funeral companies that have worked hard for many years in the area.

It would be nice if I had enough knowledge to self-produce the funeral, but that's not the case. Funeral directors nationwide have a strong national average, so it may be suitable for advanced funeral directors who can produce themselves to some extent.

Anyway, please tell me! In that case, if you choose whether you have knowledge that is closely related to the area, you will not fail.

2: I'm happy if the cost is low! But it is NG to choose only by the price

You can see the pricing of various funeral companies on the internet. Small funerals such as family funerals are often set at around 300,000 to 400,000 yen.

If you check the pricing of your local funeral director, it may be about the same. If you are a member of a funeral shop or a community-specific mutual aid society, you can use the discount service and it may be a little cheaper.

According to the data, the average cost of the funeral is about 1.89 million yen. There is also the aspect that you have to be prepared for some expense to hold a funeral.

However, it is humanity that I am grateful if it is cheap. Even if you think it's for the deceased, the sleeves that aren't there won't swing. Then you might think about making it a cheap funeral shop. But that thought is NG.

Compare with an estimate! Take a closer look at the amount and funeral plan

For example, let's say a local funeral shop estimates that "if it's a family funeral, it's 500,000 yen with a set of tools (a good tool of medium rank)".

Suppose that a family funeral is estimated to be 300,000 yen at a funeral store of a national chain. It is clear that the latter is cheaper. However, what you have to be careful about here is the "option fee".

For funerals, if you add food and drink and flowers to the basic course, the fee will be added more and more.

Even if you ask for the upgrade of the casket, the fee will be added, and even if you build an altar between the Buddhist altars of the house as well as the funeral home, the rental fee and assembly fee of the tools will be added!

How much is included, not just the basic charge? How much will the price increase in the end, including options, to get the formula you want? It is important to compare with.

If you do not choose only the basic price, but choose exactly the final price, you will not fail.

3: Is the support in charge fast? Check quotes and funeral homes

Even if you choose exactly the final cost, it's difficult to calculate by yourself. Even if you check the pamphlets and homepage, you may not know whether the addition of services and goods you want is within the basic charge or the optional charge.

So, ask the funeral director you care about for a quote before the imminent situation of a funeral.

Since we may not know the number of people to call out unless it is an actual funeral, it is difficult to make an accurate estimate to the fraction.

However, it is a big difference if you do not know the monetary guideline that the funeral with the option you want is "about 100,000 yen".

It's useful for preparing money and for comparing funeral directors.

But let's compare not only the estimated amount, but also other parts.

You can also choose by the complexity of the options. It is clear and easy to understand if the price is inclusive, but if there are many options, as a result of becoming "that option, this is also an option", there is a high possibility that it will lead to price trouble after the funeral. Also look at the clarity of the charges.

Also, when asking for a quote, it is a good idea to visit the funeral director as much as possible and casually observe the reception and work.

"I'm happy with the soft language." "I'm cleaning the funeral home very cleanly." "The person in charge doesn't answer without stagnation. He's a knowledgeable person. You can count on him!" . Work seems to be quick. ”Please check these points as well.

If you decide by comparing the quality of services and staff at the same time as comparing the amount of money, you will not fail. This is a very important point.

4: Is your advice and judgment accurate? A beginner-friendly funeral director

Even if you ask for a quote, the "average for each region" is a concern. What kind of funeral are other homes doing? It is not uncommon to ask the person in charge.

It's also common that you don't know the name of the funeral option you want, or you have hope but don't know what language to say.

Therefore, the person in charge gently explained to beginners, "Many people do this way," "There are cases like this," "It's a tool with this name," and "You can do that. The method is ..." I would be grateful if you could.

It is important to choose a funeral director who will not fail whether or not he / she gives such advice accurately.

Also, what I especially want to check is whether or not you will lead to a higher course just because you are a beginner.

A malicious funeral director may lead a beginner who knows nothing to an expensive funeral because "everyone is doing it".

If possible, talk face-to-face when making a quote to see if you can answer the question properly and explain it in an easy-to-understand manner without trying to lead you to an expensive course. ..

I focused on four points to explain how to choose a funeral director that will not fail.

Funerals can be difficult, but the point of choosing a vendor is not much different from other shopping, just because you experience relatively few things in your life.

When you shop, I think that you often make a choice based on the response of the shop staff, the speed of work, and your knowledge.

Please choose a funeral shop from the perspective of "I will do important shopping from now on" and "I will entrust you with important family ceremonies".

Don't think it's a funeral, just choose a funeral director you can trust, just as you would when choosing a store on a regular basis.