Author: D2FORM Representative Minoru Enomoto
In recent years, CAD systems have been used as tools for designing and manufacturing products and parts. The CAD includes 2D CAD and 3D CAD. Since these two have different mechanisms, they are also used differently as tools. If you understand the mechanism peculiar to 3D CAD, you can see how to use each. In this series, we will introduce the basic knowledge for understanding 3D CAD over a total of 7 times. Part 1 will introduce the features of 3D CAD.

・ What is 3D?
A three-dimensional (3D) dimension is the number of coordinates used to represent a shape. One dimension has one coordinate axis, and points on the coordinates are limited to a straight line. Two-dimensional (2D) is the position on the plane, that is, the two axes whose axes are orthogonal (Fig. 1). It is the same as the xy coordinates you see in graphs.

3. Benefits of 3D CAD
The symbol of the merit of using 3D CAD is the shortening of delivery time and the improvement of quality by digitizing and streamlining the design and manufacturing processes. The idea of ​​shortening the delivery time is to create various manufacturing processes (analysis, processing, assembly, maintenance) at the design stage using 3D CAD. It is called concurrent engineering because each process progresses in parallel from the design process. Specific benefits include the following:

Part 2: What is a feature?
Last time, I introduced the features of 3D CAD and its advantages in use. From this time, I will introduce the concrete mechanism of 3D CAD. This time, we will cover the basic features of solid creation. In addition, 3D CAD supports both solid modeling and surface modeling. Unless otherwise noted, this article focuses on solid modeling.

1. What is a feature?
A feature is the smallest unit for creating a shape in solid CAD. Solid CAD creates a solid shape based on the feature settings. Therefore, solid modeling can be thought of as defining feature settings. There are two types of features: sketch-type features that extrude cross-sectional shapes to create three-dimensional shapes, and edit-type features that chamfer existing three-dimensional shapes (Fig. 1).

Figure 2: Extrusion feature settings
Extruded features create features by extruding cross-sectional shapes. The drawing content of this uniform cross section is called a sketch. The features of the sketch are: 1: It is necessary to specify the plane on which the sketch is created, 2: The sketch is created in a work environment dedicated to 2D drawing, 3: The cross-sectional shape is a closed area where the material side and the outside can be distinguished. There are three things you need to do. The details of the sketch will be explained in detail next time.

Since the sketch is a closed 2D area, the extruded solid area is also a closed 3D area. This is a solid. To create a solid, set the extrusion method, such as the direction to extrude the cross section and the length to extrude (left in Figure 3). The extruded 3D area also allows you to scrape off existing solids (center and right in Figure 3).

Figure 3: Sketch extrusion method
In this way, creating a shape by combining an existing solid with another solid can be understood by the concept of set operation (Boolean operation) (depending on the CAD software, it may be a different command). Figure 4 is an example of a set operation. Figure 4 If there is no set operation at the left end, the cylinder on the left (green) exists as an existing solid. To this, when you create a new extrusion feature (yellow cylinder), you specify the set method (sum, difference, product).

3. Editable features
Editable features are features created by specifying an existing solid shape (Figure 6). There are also functions that can be associated with 2D CAD, such as patterns and mirrors. However, in solid CAD, you specify the feature as the pattern source instead of the shape element.

Figure 6: Editable features
If the cross-sectional shape has fillets or chamfers ...

4. Differences between solids, surfaces and wires
A surface is a surface element such as a plane or curved surface that has no thickness information. The surface of a solid is made up of surfaces. In other words, a solid can be said to be a model that can identify a closed space (material side) by connecting the edges of adjacent surfaces. Therefore, solid CAD has the ability to work with surfaces, including surfaces and wires as features. Typical surface features are sweep surfaces, boundary surfaces, and surface trims (Figure 8).

Figure 8: Typical surface features
Sweep surfaces are typical sketched surfaces. Create in the same way as solid features, such as rotate, sweep, and loft. The difference from solid is ...

Part 3: What is a sketch?
Last time, I introduced a feature that is a concept peculiar to solid CAD. This time, I will explain the 2D drawing function and sketches that are indispensable for creating features. Sketching, like features, is a unique feature of solid CAD. If you are used to 2D CAD, be careful not to get caught up in prejudice.

1. What is a sketch?
The most important role of sketching is to draw the 2D section shape needed to create sketched features. It can also be used as a wire, such as a sweep feature path. However, sketch drawing has a very different role and mechanism than 2D CAD drawing.

The usual work target in solid CAD is features. It treats one sketch as one element. 2D elements such as line segments and circles cannot be handled directly. With solid CAD ...

2. Sketch surface and sketch shape
・ Sketch surface
To draw a 2D sketch in 3D space, you need to specify on which plane to draw in 3D space. This is the sketch surface. For example, in an extruded feature that extrudes a solid from a sketch, the sketch is the reference plane for the solid, so the sketch plane of the first feature determines the orientation of the part in 3D coordinates (Figure 1).

Figure 1: Sketch surface and part orientation
Unfamiliar designers tend to choose the sketch surface with intuition and operability. Considering the function and role of the feature shape, it is necessary to specify a suitable surface as a reference. Consider the shape drawing in Fig. 2 as an example. In this case, the 20mm dimension (the height of the cylinder) has a functional meaning. If the top surface of the model is a sketch plane, the extrusion distance needs to be calculated (center in Figure 2). On the other hand, if you use the reference plane (or the bottom of the model) as the sketch plane, you can model with the drawing dimensions (right in Fig. 2).

Figure 2: How to take a sketch surface 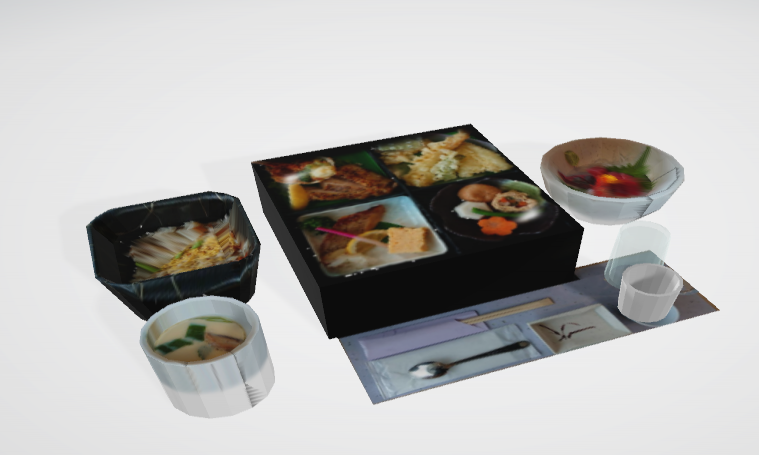 People who want to make 3D models Nowadays, 3D models are used in various contents such as games and movies.