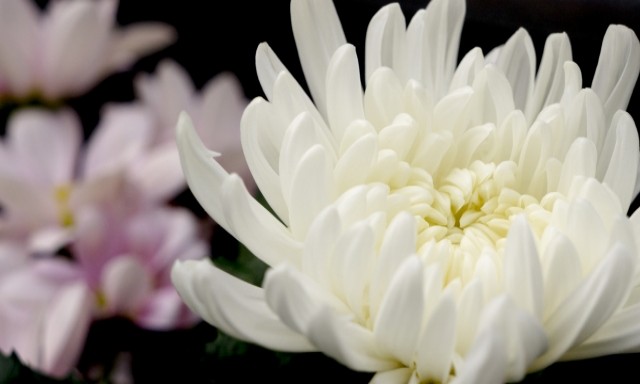 It is often mistaken for Shinto mourning, but mourning and mourning are completely different ideas.

Those whose family has died. And if a family member you know has died, you may often be angry about how to interact with others.

There are many taboos about mourning, such as "Don't do this" and "Let's refrain from doing this", but these are different depending on the region and the way of thinking of each house.

There are also some difficulties in how long the period is.

How long is the period of mourning? And what shouldn't be in mourning? What should I be careful about when dealing with acquaintances in mourning? I will talk about.

First of all, regarding the period of mourning, this also depends on the region.

The best thing to do is to check with the elderly and funeral companies in your area.

The general theory of mourning is

The point is that the mourning period changes depending on "who died".

However, as mentioned above, these mourning periods are just a general theory.

There are some differences depending on the region, and there are also differences in rules such as what you should not do in mourning.

Elderly people in the area have lived in the area for many years, so they are very familiar with these rules.

If the mourning period is for a local festival, it is recommended to check with the elderly or funeral company in each area.

Depending on the area, it is not uncommon for people to say, "Even if your parents die, you can participate in the festival after half a year."

On the other hand, there are some areas where you should refrain from participating in the festival because it is only half a year since your father died.

Please keep in mind that it is a guideline in general theory.

On top of that, what should not be done during this mourning period?

Also, how should we deal with people in mourning?

What are the events that should not be done during mourning?

If you think about the meaning of mourning, you should be able to find the answer to what you should not do during the mourning period.

Since mourning is a period of "mourning the deceased," "quietly," "not flashy," and "mourning," it is common to avoid flashy things and celebrations.

However, there is a certain degree of "refrain" and "postponement".

Some people refrain from even drinking because they are in mourning, while others say they will participate even in mourning.

It can be said to be case by case.

Should I refrain from New Year's greetings as well as celebrations?

There is also the idea that you should refrain from greeting the New Year during mourning, but there is no such thing as "absolute" because this also reflects the way you think about individual and community mourning.

For example, in area A, you think that the mourning period is one year, and you refrain from New Year's cards and send postcards during mourning.

On the other hand, in area B, it takes half a year to mourn, and after half a year, he participates in a festival and sends New Year's postcards as usual.

Among the people living in each area of ​​A and B, "Isn't it still in mourning? Can I send a New Year's postcard?" "Isn't mourning already over? Are you still using mourning postcards?" There will be a discrepancy.

However, there are regional differences and family differences in the length of the mourning period itself, and this can be said to be unavoidable.

As a review, during mourning

It's something you shouldn't do and you tend to avoid it.

That's why there are things that are taboo for you but OK for the other person.

You should also be aware that depending on the circumstances, you may also hold celebrations that you should avoid.

So what's the taboo for people in mourning?

So far, we have talked about taboos for people in mourning.

Is there anything I shouldn't do for those in mourning this time? It is a story.

For those in mourning, it is essential to refrain from inviting them to celebrations or gorgeous seats.

The other person has just lost his family, so you may not feel like laughing and making noise.

It may not be the situation where sadness cannot be healed and we can truly congratulate.

That is why it is essential to refrain from inviting people in mourning.

However, human relationships are difficult. After all, each person has different standards for "what kind of seat is a gorgeous seat".

If it's a drinking party or a small reunion, it's okay to invite them.

If the other person is not enthusiastic, do not force him, and it is also kind to leave him alone with the feeling of praying for the deceased's soul.

However, if the other party doesn't care about it, it's okay to invite them. The attitude of "Don't come because you are in mourning" is rather rude in your relationships, so please try to invite while watching the other person's situation.

For weddings, etc., it is a good idea to check by phone before issuing an invitation, and if you are attending, issue an invitation.

The period of mourning varies depending on "who died" and "the way of thinking of the community and each family".

Basically, participation in festive events and holding of festive events are taboo during the mourning period, but in recent years it has been difficult for each person to meet, so it is held even during mourning. there is.

It's taboo, but it's not absolutely bad.

Interpretation during mourning can be difficult. Isn't the point "caring for the other person" and "not forcing"?