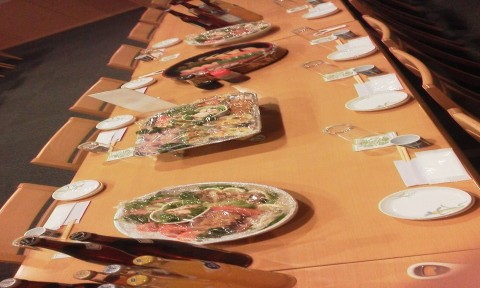 About the advantages and disadvantages of family funerals

"I would like to ask for a funeral as a family funeral."

"I want my family to send me quietly."

"I want to make a funeral method that has merits such as family funerals. Don't let your family have a hard time."

I often hear stories like this for funerals. Speaking of funerals, I had the impression that they were held in the Buddhist altar room at home or in the hall of the funeral home. However, in recent years, funerals are not limited to any form, and we are in an era where you can freely choose funerals such as family funerals and secret funerals where you and your family can really feel the benefits. Under such circumstances, we often hear words that specify a funeral form such as "family funeral."

Focus on family funerals due to diversified lifestyles

The lifestyle of modern society is diversifying. In addition to the old-fashioned work style of going to work at 8 o'clock in the morning and finishing at 17 o'clock, there are also people who belong to the company and use the system and the Internet to work at home. Some start their own businesses, others work night shifts or shifts. Some people work by going back and forth between Japan and overseas. It is a time when life itself is diversifying.

The fact that life is diversifying means that the shape of the family is also diversifying according to the lifestyle. Looking at special features on the family life cycle on TV and magazines, as well as weddings and other events and family communal living, "get up in the morning, go home at night, eat and sleep with the whole family," "grandparents to grandchildren." It doesn't always fit into the old-fashioned pattern of "a big family up to".

Each family has its own family circumstances and lifestyle. Events will change according to your lifestyle. It's the same with funerals, which are big events in life. It is not always desirable to have funerals in the large halls and between Buddhist altars according to custom, given the diversification of modern lifestyles. That is why "various forms" have appeared in funerals to suit the world. Among them, family funerals are a funeral form that has become famous because it has merits.

There are good reasons for words to become famous. Of course, it became such a famous word because many people thought that family funerals would be beneficial. What are the specific benefits of family funerals? Let's consider it together with the disadvantages.

What are the three benefits of family funerals?

Actually, there is no funeral form called "family funeral".

Funerals that use the home are sometimes called "home funerals," but they are only used to distinguish between funeral forms. Some monks and people involved in funerals say, "There is no word for family funerals." "There is a distinction between Buddhist funerals and Christian funerals, but there is no form of family funerals."
Certainly that is one of the correct answers, but now that family funerals are attracting attention and are used as one of the words to express a definite funeral form, it is called "family funeral" for the person in charge who works at a funeral company. Of course, even if you use words, you can understand.

You can keep costs down

The first advantage is that funeral expenses can be reduced.
You don't have to rent a large hall in the funeral hall to have a family funeral. If you have a small tatami room, you can have a funeral in the form of an altar built in the tatami room. Rent a tatami room is less financially burdensome than a hall, so it has the advantage of keeping costs down.

Also, if you limit the number of attendees to a small number, such as family members, relatives, close friends and colleagues, you can reduce costs accordingly. Recently, some funeral companies are also developing plans exclusively for family funerals. Of course, the cost is often set lower than a funeral in a large hall.

However, the advantages of this family funeral are also disadvantages.

If you do not plan well in advance, the number of attendees will increase unexpectedly and you will not be able to enter the venue, or you will have to unexpectedly prepare tools that are not included in the family funeral plan. , Expenses may overlap.

The second advantage is that the formula can often be customized for the family.
For large funerals, the ceremony and flow are limited to some extent. However, family funerals are flexible because of the small funeral form of family funerals. It can be said that it is a great merit of family funerals to be able to customize the funeral to suit them by combining various options from the selection of the funeral hall to the options provided by the funeral shop.

However, the advantages of this family funeral are sometimes disadvantages. Being able to customize also means that the amount of customization will increase the cost. It doesn't make sense if you try to keep costs low by making a small funeral, but you customize it too much and it goes up.

A balance between cost and funeral hope is important. It is also important to consult well in advance regarding the cost.

The third benefit is the possibility of reducing the family effort required for the funeral.
A small funeral basically puts less physical strain on the family than a large funeral. The physical burden is less when dealing with 10 attendees than when dealing with 100 attendees. Moreover, since family and relatives are the main attendees at family funerals, there is less burden on the feelings and it is often flexible. If you know each other, you will not be forced to do formal things, and you can customize the ceremony smoothly so that the burden on the family is small.

However, the advantages of this family funeral can sometimes turn into disadvantages.

Sometimes it's too flexible and creates discrepancies between families. The funeral can be changed flexibly, and a feud may occur due to a communication error. I understand that family and kinship will continue after the funeral, and I would like to keep in touch even if the scale is small.

If you want to maximize the benefits, we recommend that you inform the funeral director in advance. It's a good idea to ask them to make an estimate for the customization they want, and then make further customizations based on that estimate. Why don't you think about your own funeral style by taking advantage of family funerals while getting advice from a funeral shop.