In the future, the method of using AR advertising to win the hearts of consumers will become mainstream.

However, there are still many people who do not understand the image. Therefore, in the article, after explaining the mechanism and merits of AR advertising, we will introduce all 16 cases using AR advertising by industry.

"Marker type" AR advertisement
In marker-type AR advertisements, AR content is displayed to the user by loading pre-registered markers (images, videos, etc.) with a smartphone camera or the like. For example, if you load a pamphlet on your smartphone, users can see the AR content.

With marker-type AR advertisements, you can turn everything from pamphlets, catalogs, photos, etc. into AR advertisements as long as you create markers. This high degree of freedom is a big attraction.

[2020] What is an AR marker? Mechanism and type, difference from QR code, use case
"GPS type" AR advertisement
GPS-type AR is a technology that sets the location where AR content is to be output in advance and displays the AR content when the user holds the terminal over the specified location. I am using a GPS function such as a smartphone. Since it uses location information such as GPS, there is no need to create marker images or videos. As an easy-to-understand example, the app "Pokemon GO" is a GPS-type AR technology.

[Explanation] What is the AR mechanism of Pokemon GO? The reason why it became a pioneer of AR games
As of 2020, GPS-based AR advertising is not very popular. One of the major reasons is the need for high-speed data communication. However, with the spread of ultra-high-speed, large-capacity, low-latency 5G, it is expected that GPS-type AR advertisements will increase in the future.

the reason
Because it's hard for users to think of it as an advertisement
Because it leads to emotional branding
Because the introduction cost is relatively low
Impressive and easy to spread
Because users can have the same experience at home as in a store
Reason (1): Because it is difficult for users to think that it is an advertisement
Consumers become passive in TV commercials and online advertising. It's more about being "shown" than "seeing" an ad.

For example, with a traditional movie poster, you only know the catch phrase and release date of the movie. But what if you turn it into an AR ad? By holding up the smartphone, a preview video is played, or the character of the movie talks to the consumer.

Experience-based AR advertisements have few advertising colors such as just disseminating information. You will be able to effectively promote your products without thinking that they are advertisements to consumers.

The representative of emotional branding is TV commercials. It's a way to make consumers think "I want this product" by showing them attractive promotional videos.

With AR advertising, you can effectively carry out emotional branding at a much lower price than TV commercials. AR ads that add digital information stimulate the five senses of consumers and are easy to attract to ads. Providing a unique experience with AR advertising will greatly move consumers.

Reason ③: Because the introduction cost is relatively low
The cost of AR advertising varies greatly depending on the scale and the object to be used as a marker. But it's a lot cheaper than advertising on TV or newspapers. For example, AR advertisements in catalogs can be produced from around 50,000 yen.

In addition, the ease of introduction is also attractive. Basically, all you need is an image or video that will serve as a marker. If you send the marker to the production company, in the case of AR catalog advertisement, it will be created in about 2 to 3 weeks.

When it comes to advertising using AR, there may be an image that it is difficult and expensive. However, it is actually cheap and easy to introduce.

Reason ④: Impressive and easy to spread
Good advertising is about increasing brand awareness and product sales. So what are some of the factors that make a good ad? There are many possible factors, but the most important one is to be memorable to consumers and easy to share on social media.

New and five-sense AR ads are easy to meet these two factors. In particular, advertisements that allow you to experience AR on a web browser without downloading a dedicated app are likely to be widely spread on SNS.

Reason ⑤: Because the user can have the same experience at home as in the store
One way to use AR advertising is to provide consumers with the same experience as a store. For example, in online shopping, it is difficult to get a sense of the exact size of clothes. However, if AR technology is used to enable users to try on products on the app, it is possible to put out a life-sized model wearing the product on the screen.

Also, until now, when buying furniture, the general process was to measure the size of the room, actually go to the store, and select the one that fits the size of the room. However, AR technology can be used to display furniture in a room, allowing you to determine if it's the right size and what your layout will look like without having to buy it. ..

[2020] Furniture and AR go great together! I tried using an AR app that can place furniture at home
This is a unique strength of AR that adds digital information to the real world. Now that online shopping has become mainstream and more time is spent at home, it will come in handy for consumers.

Purchasing on an e-commerce site is fraught with failure. For example, as I mentioned earlier, clothes may not fit in size, furniture may not fit in the room, and so on. Therefore, although EC sites have become mainstream, consumers still tend to be cautious about purchasing products.

This is an AR app video that allows you to try on sneakers while you are at home using AR technology. In this way, AR advertisements and apps not only attract attention, but also solve consumers' worries about using EC sites.

Beauty industry
For cosmetics such as lipstick, slight color differences make a big difference. As a result, many consumers want to try it before they buy.

Previously it was possible to try the product only in stores, but now it's not. With AR, consumers can try beauty products such as lipsticks from home. Eliminating the time to go to the store and the time to actually get make-up is a big advantage for consumers. By introducing AR advertising, you will be able to reach more users.

For example, in August 2020, the Shinano Mainichi Shimbun's "Experimental AR Home Fireworks Festival" became a big topic on SNS. This is a mechanism that allows readers to enjoy realistic fireworks on their smartphones by using one side of the newspaper as an AR marker.

One of the reasons why this advertisement became a hot topic on SNS is that people could easily experience AR without downloading a dedicated app. You need to think of interesting advertising ideas, but if they are widely spread on SNS, their recognition and sales will increase significantly.

Success stories of AR advertising: Food industry
In the food industry, there are many companies that create AR advertisements with free ideas. All of the cases I'll introduce are those that have been successful with humorous advertisements while conveying the brand and product message. If you want to make the most of AR's strengths, it may be important to think outside the framework.

Successful AR advertising in the food industry
Milk maker AR game
Pepsi Max with an AR advertisement at a bus stop
Coca-Cola sue for protection of Arctic animals in AR
Burger King AR Ads
Milk maker AR game
Vietnamese milk maker "Dutch Lady" has carried out an AR campaign that will win the hearts of children and their families. When you scan the milk package with the dedicated app, the brand's character will appear and you will have fun talking about the product. In addition, new characters will appear by scanning the attached toys.

The app recorded over 40,000 downloads and product sales increased by 19%. AR conversion of printed matter such as packages and pamphlets does not cost much. This is an example that proved to have a great effect even though it is easy to produce.

Pepsi Max with an AR advertisement at a bus stop

With the power of AR, Pepsi Max has transformed London's boring bus stop into a humorous one. At first glance, the transparent windows at the bus stop are quite ordinary. However, the window is an addition of AR footage to the live video projected by the HD screen. People waiting for the bus witnessed UFOs, robots, and people flying with balloons through the display. 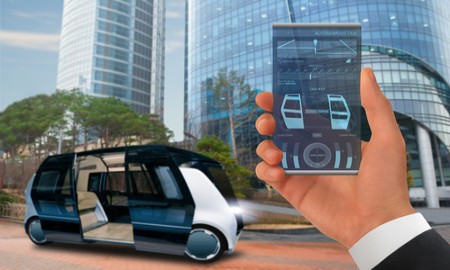