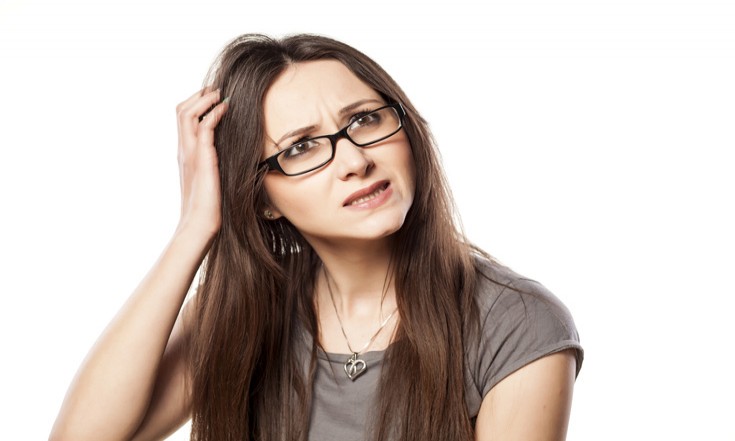 Introducing the latest funeral information-Is the funeral that sticks to cheapness NG?

I think you all have the impression that funeral expenses are very expensive and expensive.

The three major expenditures in Japan are "education expenses," "housing acquisition expenses," and "old age funds," but funeral expenses are by no means defeated.

According to a survey by the Japan Consumers Association, the average funeral cost was about 1.89 million yen.

However, the funeral situation has changed with the times. Recently, I often hear the word family funeral. The amount of about 1.89 million yen is the average cost of the funerals surveyed, so it does not apply to all homes.

What I want to think about is the funeral expenses for myself and my family. Even if I want to make it as cheap as possible, can I choose it with a focus on cheapness? Is there a disadvantage to being cheap? Let's think about the points of concern, including recent funeral circumstances.

Actually, the cheapest funeral venue is ... at home! ?? Home funeral

Spending is a big issue in every home for funerals. If you can spend all your salary on the funeral, you don't have to worry too much, but you have to think about it together with your living expenses, loans, and education expenses.

Depending on the family, my grandfather may die while caring for my grandmother, which may be a problem of spending funeral expenses on double care costs, so I would like to keep funeral expenses as low as possible. Isn't that a very ordinary idea?

I'm not saying it in a stingy way, but considering other expenses, there is a limit to the amount of money that can be spent on funerals.

So I still think about how to make the funeral cheaper. about it. In fact, there are ways to make funerals very cheap. That is to have a funeral between the Buddhist altars at home.

Since we don't use the funeral home, the cost is high! Prepare yourself

You don't have to rent a venue because you do it at home, you only need to rent tools.

Some funeral shops rent tools for home funerals. All you have to do is borrow what you need.

If there is a mutual aid society in the area or funeral shop, you may be able to rent it at a discounted price if you join it, and it may be even cheaper.

After that, we prepare ourselves, have the deceased transported from the hospital, and have the monk give us a sutra.

Funerals that are held at home by borrowing tools do not require the cost of the venue, so if you do it with your family alone without calling people, you can save a lot of money.

There is no rule that you must rent a venue for a funeral, so if you are looking for cheapness, this method is a good candidate.

However, these home burials have a big disadvantage hidden behind the cheapness.

Open daily without support! Funeral prepared only by the family

If you borrow only what you need at home and have a funeral, you only need to rent it and buy a little more equipment! Very easy! You might think that.

However, while home funerals can keep costs down, they have major disadvantages. Disadvantages ... It's just a word of "difficult". Yes, home burial is very difficult.

When it comes to serving tea, thanking you, and talking to someone, you don't have time to sleep at all.

In addition, we have to arrange the rental tools according to the denomination, and we cannot expect the detailed follow-up of the funeral director. It's very difficult.

If you do it at home and get help from a funeral director, it's not uncommon for the amount to be the same as a funeral rented at the venue.

It's important to keep costs down. However, if you pursue "cheap" too much,

That is a disadvantage.

Is it possible that the price is cheap? Balance with relative burden

It is easy to understand that the low cost means that "they have to move", "there is no help", "there are few tools available", and "there is little wisdom to lend". Right.

Also, the lack of help means that you don't have the know-how about funerals in the area, so you need to keep in mind that if you think it's cheap, it may end up being expensive. there is.

When considering the price, it is important to balance these disadvantages.

The fact that the price is low basically means that we have to move more and more by ourselves.

The higher charges mean that you can basically expect help from the funeral director, depending on the size of the ceremony hall and the ceremony itself.

It's NG if you stick to cheapness.

Is it cheaper to use the wedding hall? Depends on the number of attendees

But what about the small funerals you often hear these days? It is a type of funeral where the price is relatively friendly to the bereaved family, such as "family funeral" and "funeral that only requires a crematorium".

In the olden days, many funerals required a large amount of money to be held at home or at a temple, but nowadays more and more people want such a small funeral.

In fact, the name family funeral was introduced only because of the needs of the funeral givers.

Family funerals are not funerals held by the family alone.

It's easy to misunderstand by name, but you can also call someone other than your family. It's easy to imagine a funeral that can be held in a very small tatami room with a few to thirty people.

A family funeral is a small funeral where only people with close ties send the deceased.

This type of funeral, a family funeral, is characterized by a lower price than a funeral held in a large venue. Funeral expenses are basically proportional to the size of the venue and the number of people, so the smaller the number of people calling, the lower the cost.

If you want to have a funeral with a small number of people, you can choose a funeral like this for a family funeral at a considerably lower cost than about 1.89 million yen.

Even for funerals with the help of a funeral company, you can reduce costs by choosing a plan according to the scale and venue.

Home funerals are not always the cheapest, and considering the venue setup, equipment procurement, and labor, it may be cheaper to hold a small-scale funeral at the venue. If you stick to the low cost of funerals, you will be surprised at the options! ??

However, even if you give a small funeral, the price varies considerably depending on the funeral company. How should I choose it?

I would like to remind you here that the low price and the increased labor of the bereaved family are basically equal.

It is NG to pursue only cheapness, and it is important to consider and compare how much is included in the price.

Even with a family funeral plan of 200,000 yen, if you only rent the venue and tools, the family must do their best to respond to customers.

In addition, in such a plan with only the basic charge, an optional charge is basically added for transporting the deceased, upgrading the casket, adding flowers, and having the deceased placed before the funeral.

On the other hand, if it is 300,000 yen including the venue, tools, addition of flowers and transportation of the deceased, the cost can be finally reduced compared to the plan that you have to consider by adding the option fee to the basic fee of 200,000 yen. It is often possible.

When considering funeral expenses, don't be fooled by the literal price

What is the price included?

By pursuing that, we can see if it is really cheap.

With such a price setting, it often goes up, so when considering funeral expenses, I always have the question "is it an option?", "How much does it cost?", "How much should my family move?" Keep in mind that it is NG to compare just because of the low price.

Being cheap is synonymous with the fact that there are many situations where the bereaved family must do their best. It's important to remember that cheaper costs more effort and you can't expect much help from the funeral company.

As a basic knowledge, let's keep in mind that it is cheap because it reduces the labor of the funeral company and the trouble of ordering equipment.

In order to ask for the cheapness of the funeral, let's consider not only the basic fee but also "how much is it included?" "Is the fee added more and more as an option?" "How much does the family have to do?" ..

Isn't the funeral that is not only cheap, but also reduces the burden on the family and is well-balanced with the funeral set, in the true sense of the word? 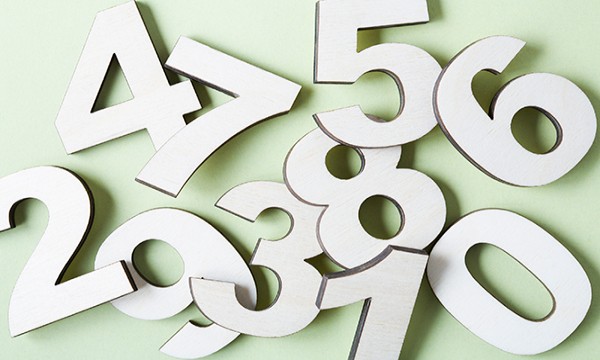 Solve such a question "I don't understand"! About my number

The My Number system is generally referred to as the "national identification number system," and was introduced in fiscal 2016. 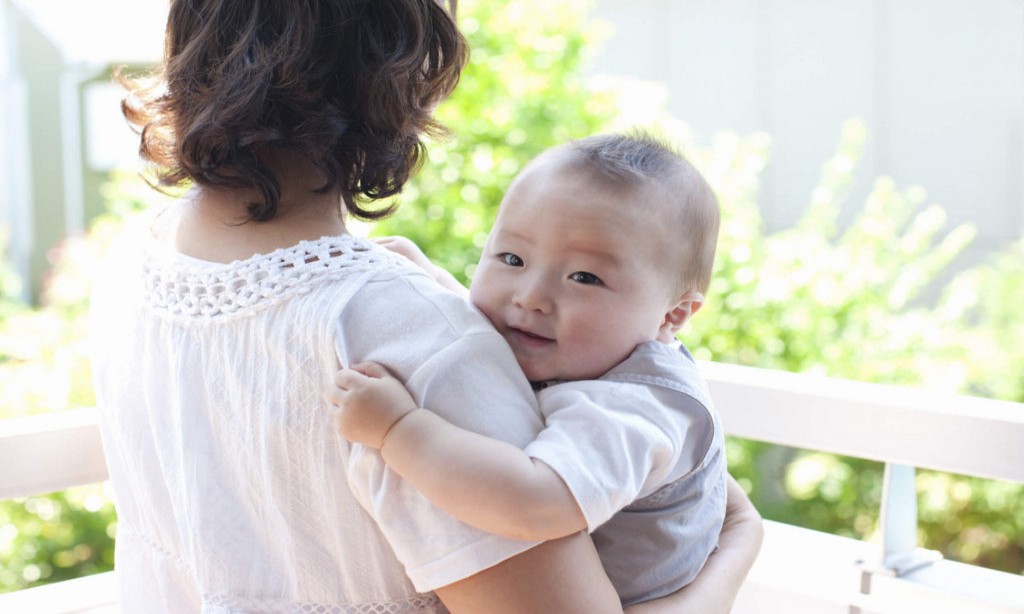 How will your life change with the "Children / Child-rearing Support System"? 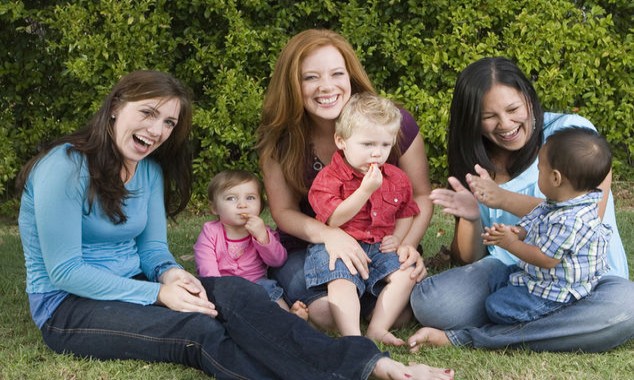 "Edogawa Ward is No. 1 !?" Regional ranking that makes it easy to raise children

If you plan a ranking of "areas where it is easy to raise children" in the planning of online and magazines, the area of ​​Tokyo, which can be said to be a regular, will be ranked in. Can you guess where it is?